So. Which books should our kids be reading for the GCSE syllabus in the UK?

Our esteemed Education Secretary is scrapping some of the best books written in English. Why? Because they’ve been penned by foreigners.

According to Michael Gove’s scheme, some of the most stunning sentences ever composed in the English language by Arthur Miller, Harper Lee and John Steinbeck will be banished from the inquiring minds and sweaty schoolbags of UK teenagers.

Aged 12 I remember reading the brilliant ‘To Kill a Mockingbird’ at school. Themes of bravery, betrayal, racism and murder written by a woman. BUT, an American woman.

Aged 13 we read ‘Lolita’. Single theme – grooming. I don’t mean of the horsey kind. Our English teacher had us take turns reading aloud in class – the more nubile of us adolescents were given extra opportunities. (It was altogether a more ‘touchy-feely’ time, though the Queen wasn’t yet doing her whizzy medal-stripping at quite the same rate as she is these days).

But goodness this wouldn’t happen today – giving a class of Year 8 girls pornography under the guise of good writing I mean. Because it was written by a foreigner. Yes, another one!

Let’s all bore our children to death with Thomas Hardy instead, at least he’s English (waits for hate mail).

Ok, Lolita wasn’t that great an example was it, but to follow this weird Govian scheme to its obvious conclusion, what will be missing if non-UK authors are banned from the Nursery and Classroom?

Maybe just a small glimpse into our Libraries of the future (if there are any left) after the Government accelerates its xenophobic campaign.

Won’t UKIP be a refreshing change. What will their recommended reading be like I wonder? Not much, judging from the content of their blog. It was last updated in 2009, so maybe they’re a bit short of things to say. Yes, that must be it.

I mean just how can you think of standing as an MEP WITHOUT A BLOG?

But they weren’t the only party without one.

How can you do anything without a Blog I’m beginning to think.

If you’ve just been elected an MEP for this country, a quick thought on the European Union. Will things fall apart? (Oops sorry Michael, shouldn’t quote Yeats – he’s Irish of course). Well, our nearest and dearest in the North are considering what’s sure to be a messy divorce, leaving me wondering what the country will look like in a few years, and what my postal address will be.

I’ve been discussing this with my son and we’ve got this far:-

Wales is strictly for the Welsh

And I can’t afford to get to Northern Ireland …

We don’t have a King

All that’s left will be

Sounds a bit short doesn’t it, so let’s go with

‘New Queensland’ shall we?

Here’s a map for UKIP supporters. One of them, Mr Creosote lookalike, David Coburn, has just been elected as an MEP for Scotland which could be difficult for him come September. If they break away from the Union, he’ll be representing a foreign country and have to boot himself out. Bit of an own goal there Nigel. Suggest you put that in your e-ciggie and smoke it.

Therefore, with no further ado, and depending of course on the outcome of Mr Salmond’s Referendum, I will bid my Scottish friends a fond farewell in one of our ancestral languages which, despite being written less than 80 years ago, I think deserves minority status – Elvish. The lyrics say it all … 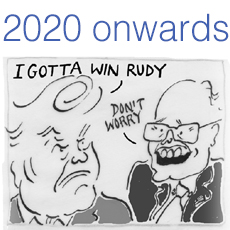 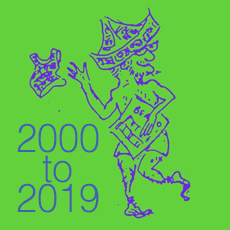 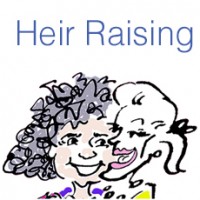